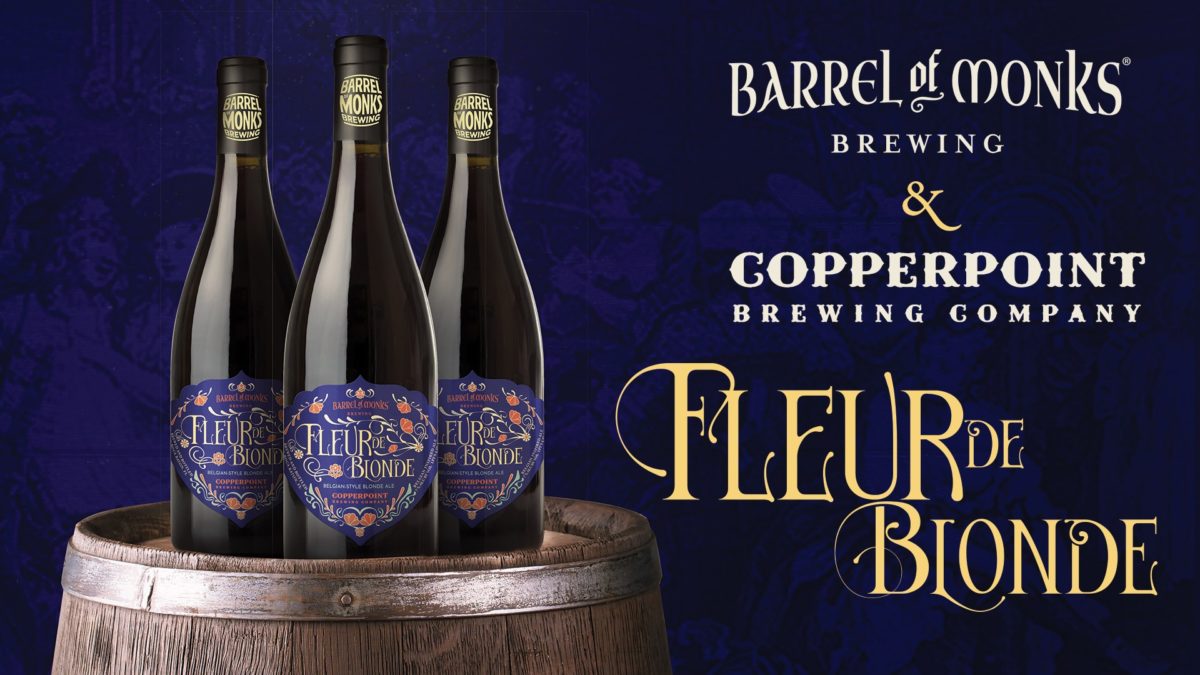 A beer as easy as a summer breeze in Brussels…

Our first ever collab with our friends at Copperpoint Brewing Co. will transport you to old world alleys and ancient streets, where beer traditions are as old as the cobblestones. Fleur de Blonde is a 7% Belgian-style Blonde Ale that stems from tradition and pours with nuance. The European malt is combined with new world hop varieties Hüll Melon, Hallertau Blanc, and Mandarina Bavaria, and fermented with a classic Belgian yeast strain to produce a balance between light sweetness, low pleasant hop bitterness, a fruity hop aroma, and a clean finish.

The recipe was created by our brewmasters Bill McFee and Matt Cox out of a common love for the style and a long term respect for each other. It will be available on draft at both breweries and in bottles at Barrel of Monks tasting room.

The Story:
Brewmasters Bill and Matt became friends many years back when Matt was already working as a professional brewer and both were formulating plans to start their own independent breweries. As Copperpoint and Barrel of Monks became reality and evolved into local Palm Beach County favorites, they have maintained this friendship and have finally worked together to create this delicious brew.