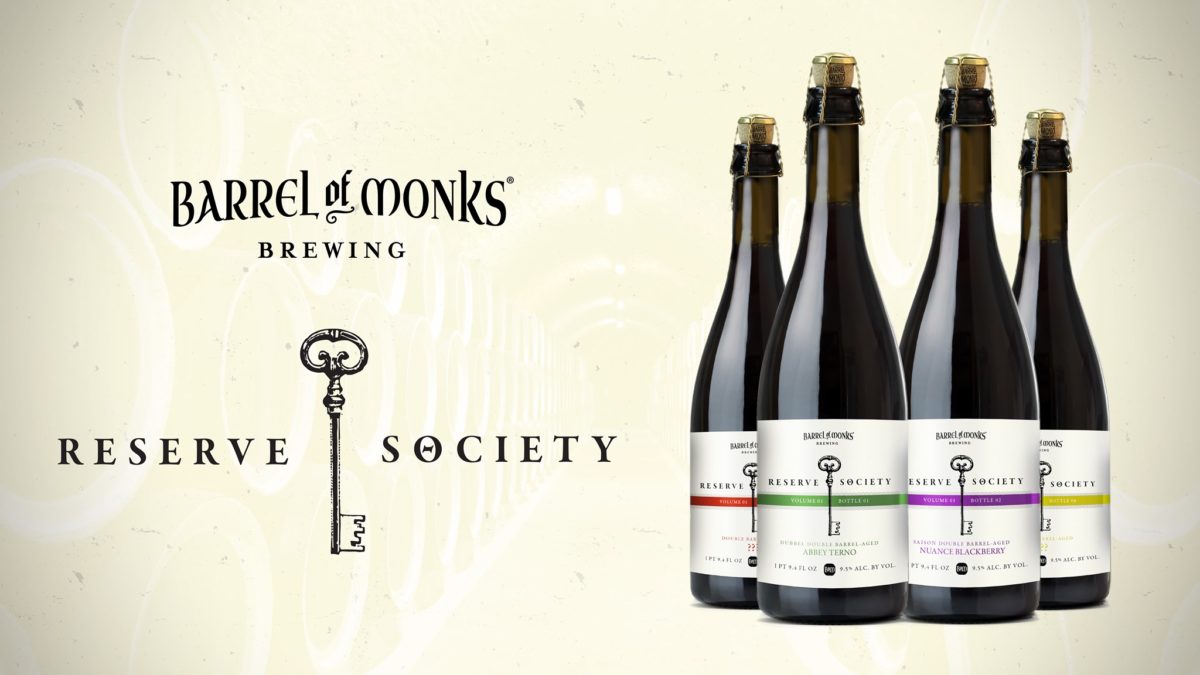 Barrel of Monks is pleased to announce that memberships are now available for version 2 of Reserve Society. Reserve Society is our most exclusive membership club. While we always try to make excellent beers, some of our beers are very special indeed. These are small batch, hand made, often barrel-aged beers, such that there is only a small quantity made. It is for these beers that we created Reserve Society. We want make sure that these beers are made available to those who will appreciate them the most.

There will be one beer released per quarter, and beers will be made available for pickup in the tasting room. Proxies for pickup can be assigned. If requested, we can hold your beers for you at the brewery until the end of the year.

Version 1 of the club was a success. We believe that the four beers in v1 were very good, and we have already had a large number of version 1 members renew their membership.

For version 2, we have put together four new beers that we truly believe you will enjoy. We anticipate that all four beers in year two will be barrel aged, as they were in version 1. Although these beers are in various stages of their process, we have sampled them throughout and are quite pleased with their progress. Here are the first beers we have planned for the 2021 version of Reserve Society:

As these are very small batch beers, there are only a limited number of memberships available. We expect that these will sell out, as they did for v1, so get your membership now, by clicking HERE.

We are all about the holidays at Barrel of Monks, and have several holiday themed events that we are excited to share with you.